A Neglected DC-3 in the UK

Update, 10/20002, They have informed me that the a/c is definately not for sale and whilst they agree its present condition is not good they are in the process of trying to erect a hangar for it before they start its restoration. The a/c is owned by the 390th bomb group memorial air museum at Parham airfield, Suffolk UK.

Daniel Lord in the UK, sent in these photographs on a trip up to Norwich April 3rd 2001. He went via Parham to see ex Ipswich dak N4565L and to see if any progress has been made on its 'so-called' restoration, but alas no. As you can see by the pictures below it is in a sorry state, sad to say. On a sheet of paper on one of the windows , it says that during the storm in 86 or 87 (he cannot remember which), that the wing tips and control surfaces were all damaged, as can be seen in one of the photo's . It also states that at one time it had a very plush interior installed including bunks and a cocktail bar, but unfortunately none of this has survived. Also one of the yokes is missing, although most of the gauges are still in place, which is unusual as these would be easily stolen . As you can see below the throttle controls are held togeather with duct tape. He also noticed that it has large rear side windows, another modification ?. There is no sign of the undercarrage, engines or prop's, He think Aces High had these when it first came up for sale . Notice too the strange throttle quadrant knobs and what looks like an extended plastic nose. 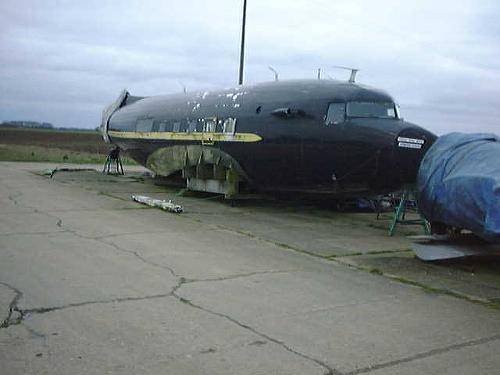 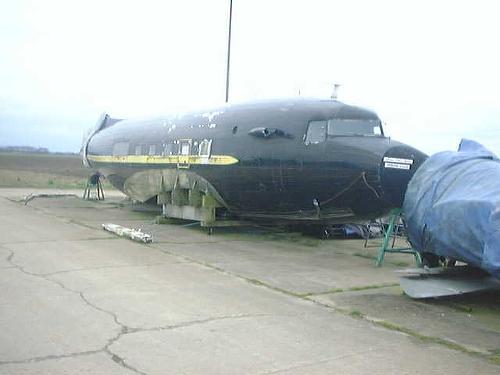 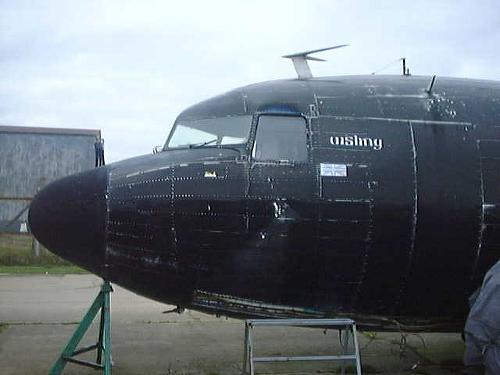 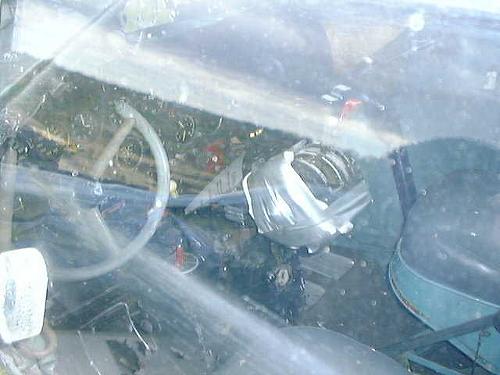 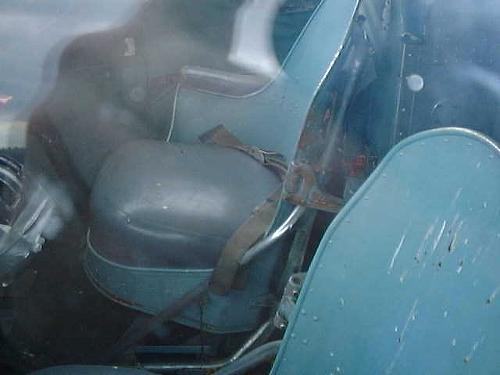 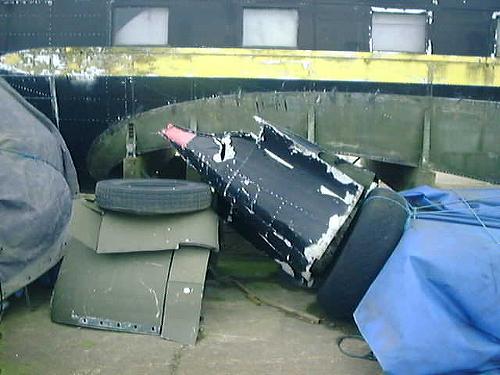 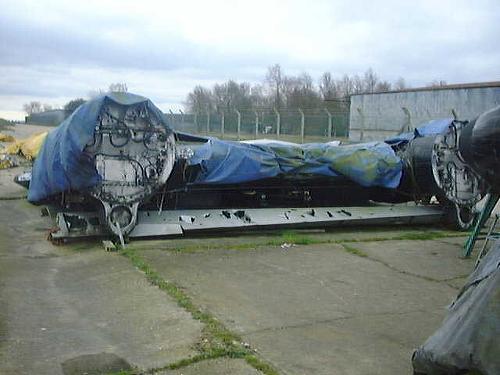 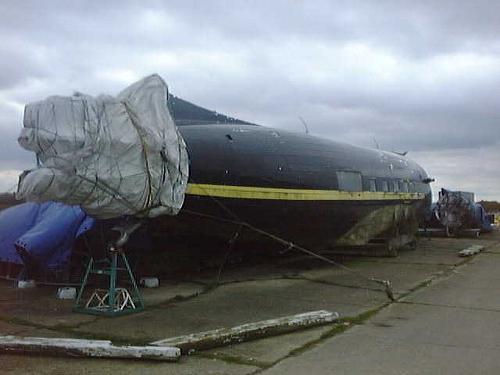 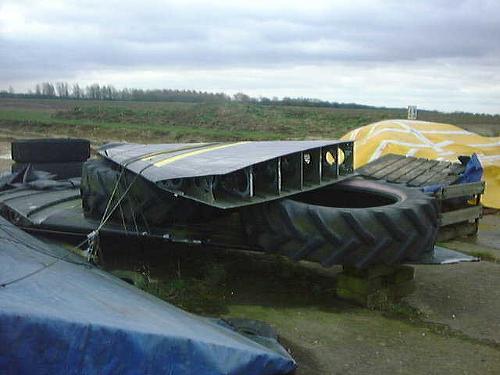 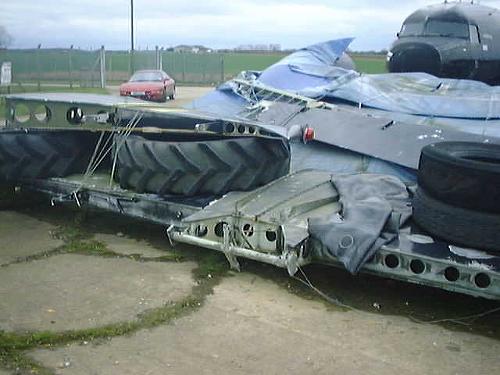 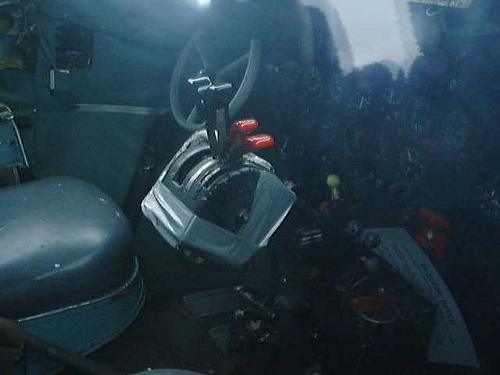 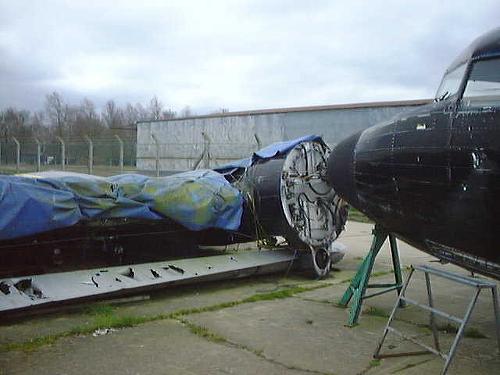