My DC-3 Flight with the EAA at Oshkosh

During the Oshkosh Airshow, August, 1999, I had a chance to fly on the Air North DC-3. The Air North DC-3 once flew cargo for the Canadians, and it is now owned by the EAA (Experimental Aircraft Association) at Whitman Airport, Oshkosh, Wisconsin. I had heard that the EAA wishes to paint this DC-3 into the colors of the military C-47 and stock it with their warbirds collection. Personally, I hope it stays in the Air North livery of Canada. The flight was a good one, lasting over an hour, however the heat at Oshkosh was a searing 126 degrees and sitting inside the DC-3 before take-off had to be almost 170 degrees or so. I was glad when we became airborne. It was quite noisy during flight as the interior was not sound proofed. The pictures below hopefully give you a glimpse of what the experience was like, remember, Oshkosh (Air Venture 99') hosting the largest aviation gathering in the world, has almost 15,000 aircraft as visitors during the show, and so, it was exciting to see so many other aircraft whilst on the ground and, in the air. 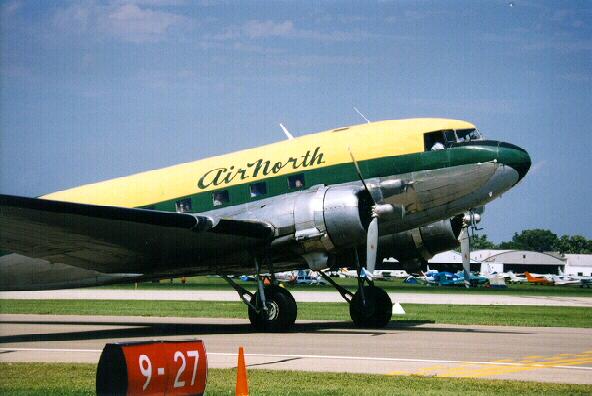 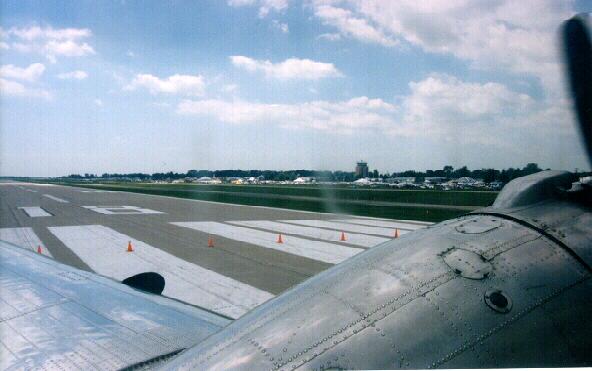 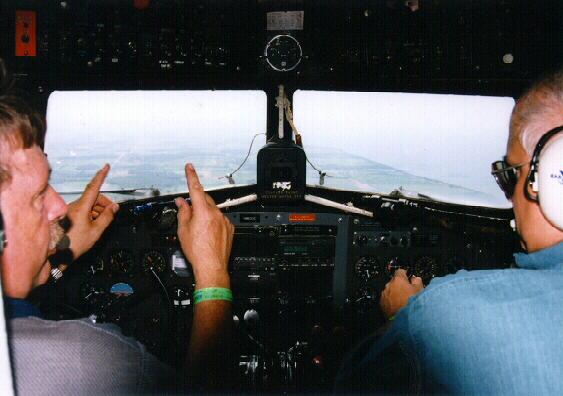 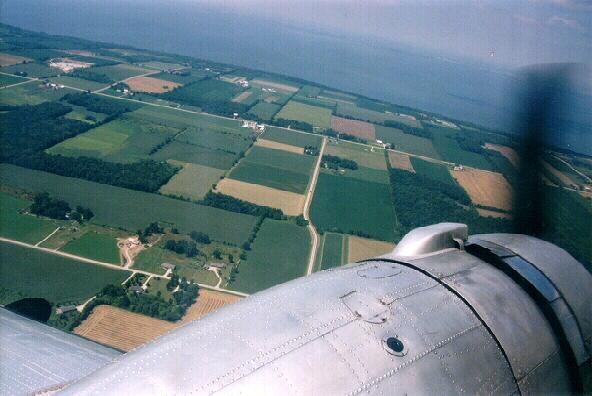 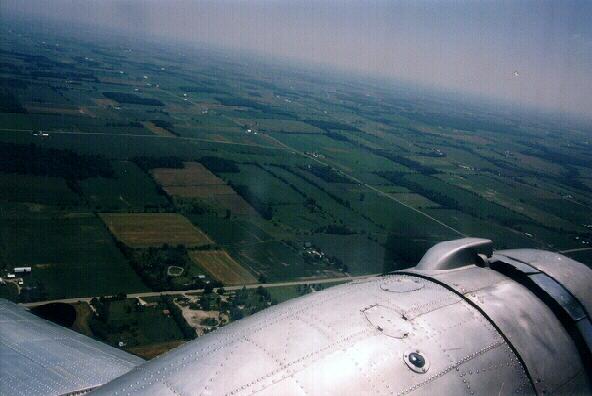 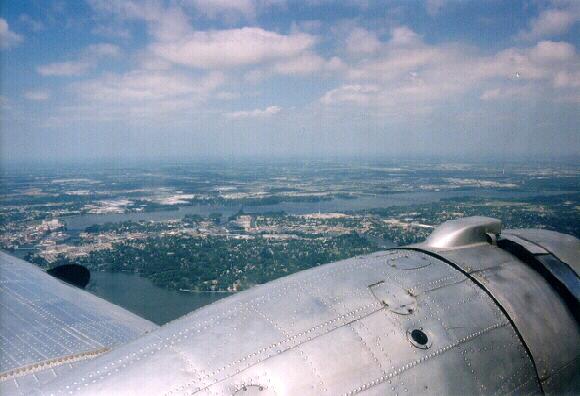