This Confederate Air Force R4D-6S is "Ready For Duty"

Harlan Short is an (over) active member of the Dallas/Ft Worth Wing of the CAF. They operate a vintage W.W.II Navy R4D "Sub" hunter and this R4D is known as "Ready For Duty".. This aircraft is said to have sunk a German U - boat. Harlan has worked on her and has flown to many CAF air shows on her. Here are a couple of pictures of this lady. All photo's taken and history provided by Harlan Short. 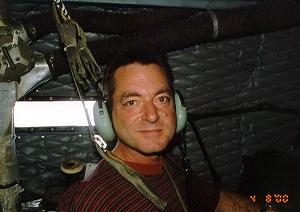 The Confederate Air Force purchased a DC-3 type aircraft in 1980, and assigned the restoration and maintenance of this plane to the Dallas/Fort Worth Wing. The aircraft was assigned to the Wing as a C-47, the common U.S. Army Air Force designation for their version of the Douglas DC-3. Upon close inspection of the aircraft by members of the Wing, original Navy data plates were discovered. These plates clearly indicated that the aircraft was an R4D, the Navy version, rather than a C-47. There was an uproar among the Colonels of the Dallas/Fort Worth Wing, the gist of which was 'so what?' Most of the Colonels are ex-Air Force, and just didn't understand why anyone would want to call a C-47 anything else.

The Confederate Air Force wanted the C-47 to replace an older plane [the famous "Buzz Buggy"], which had Succumbed to age and corrosion. So why even consider restoring the aircraft as an R4D? Painted in Army colors, no one would ever know the difference. The question was simple; was there anything special about this particular airplane that would make it more historically important than a standard C-47? The answer, much to the chagrin of the Air Force men, was YES. The Gooney Bird carried the Naval Bureau of Aeronautics number [Bu.No.] 50783. Her records showed that she had been used as an anti-submarine warfare (ASW) aircraft, primarily for the training of crews in the use of new ASW equipment. Bureau No. 50783's Weight and Balance record gives details of an impressive array of electronic gear, and even provisions for carrying bombs! This clearly was not your regular dime-a-dozen cargo plane; this was a wolf in sheep's clothing! The Colonels set out to restore the "Gooney Bird" [an affectionate nickname for all DC-3's to its former glory as a Navy R4D. Some problems arose almost immediately. How was it painted in 1944-1945? What did all that radar gear and such actually look like and where was it placed on the aircraft? The answers were not simple. The researchers found that the aircraft had been used here, there and everywhere as needed, and that the equipment changed almost as often as the pilots did. Very few photographs were found.

The ASW gear the aircraft carried was confidential, and since the R4D was used for testing and training, not as glamorous as the PBY Catalina and other ASW aircraft, few photographs were taken. Most of the pictures located are detail photographs of equipment installations made by the Naval Aircraft Modification Units at Cherry Point and Jacksonville Naval Air Station [NAS]. A good full-view of an ASW-equipped R4D-6 has yet to be found. Although, a 194l photo of an R4D-5 in an ASW paint scheme was found. Determining the paint scheme 50783 wore during the war was a major concern to the restoration crew. Since no authenticated photographs were available, the Historian for the Navy's Air Systems Command offered a copy of SR-2e "Specification for Exterior Color, Insignia and Marking of Naval Aircraft" effective 7 Oct. 1944, which states, in some excruciating detail, how the aircraft was supposed to be painted. The paint job is formally referred to as "Anti-Submarine Aircraft Camouflage Scheme II", differing from "Scheme I" only in that matte white is used rather than Light Gull Grey.

Some facts were more firmly established by the research work: The R4D-6S Bu.No. 50783 was built in October 1944, at Douglas Aircraft's Oklahoma City plant. She was one in a group of 35 C-47B-l0-DK'"s [the full USAAF designation] which were converted on the production line to the Navy's R4D-6 specification. She was accepted by the Navy on October 1944 and assigned to Naval Air Transport Squadron Three (VR-3), headquartered at the Olathe, Kansas Naval Air Station on October 25th 1944.

There is a minor mystery here; the Aircraft History Card for 50783 (our bird) shows no use of the aircraft until Jan.'45. The hiatus November- January probably reflects the installation of ASW gear, as when the aircraft 'reappears' in the Navy record, the designation is R4D-6S, where the 'S' denotes "modified for anti-submarine warfare." Some major misunderstandings stem from the assignment of the aircraft to VR-3; this does not mean the aircraft was used as a transport, indeed, the low flight time of the aircraft up -to Jan. 1945 tends to exclude the possibility of its use in NATS (Naval Air Transport Service). Most R4D's were assigned to transport squadrons, for the obvious reason the VR's were equipped to maintain them. The "History of VR- a monograph written by the unit historians, cites a Navy directive in the entry for 4 Dec. 1943, "The major maintenance of all R4D aircraft [is now] assigned to VR-3, and VR-5."

The "History of VR-3" includes several references to R4D's other than the numerous NATS transports. There is a reference to maintenance of some R4D training aircraft, which (may well include planes such as the R4D-6S).

In Nov.'46 50783 was put into storage at the immense Litchfield Park disposition facility (much like the AAF's facility at Davis-Monthan AFB) where it remained until April 1947, whence it became an "auxiliary pool" aircraft at Quonset Point. In April of 1948 the aircraft was modified to an R4D-6E [specification 'E' for "special electronics"] and assigned to the Fleet Airborne Electronics Training Unit (FAETU) Atlantic. She remained with the FAETU Atlantic through 1952, flying out of Norfolk, Jacksonville, and Key West. In January 1953 she became an R4D-6SX at NAS Jacksonville. That intriguing 'X' remained until March of the same year, after which the designation returned to R4D-6S. The aircraft -flew out of NAS Memphis until returning to Jacksonville in August of 1955.

The bulk of the ASW gear was removed in 1956, but the 'S' designation was retained. The interior of the aircraft was re-worked to a transport standard, with commercial airliner seats and cabin liner. The Gooney Bird was then assigned to "Headquarters, Combined Naval Forces, Germany" in Berlin. This and all of her subsequent assignments were short-lived; she went from Berlin to Birmingham, Houston, and finally Los Alamos. Newer, bigger, faster types were replacing all of the World War Two aircraft in military service.

By military standards, fifteen years is old age for an airplane, and in 1959 50783 was sent back to Litchfield Park for storage. She didn't stay long; 50783 was loaned to the Department of Agriculture in November of the same year. The U.S. Forest Service used the Gooney Bird as a jump aircraft, dropping firefighters into remote areas in Washington, Oregon and northern California. In July of 1964 50873 was stricken -from the Navy register and permanently transferred to the Department of Agriculture. She served long and well in the Pacific Northwest, until being transferred to the Forest Service in Tallahassee, Florida, in 1971. The government got its money's worth Out of 50873; she was not retired until 1979, at the ripe old airplane age of 35. Her fate was far better than that of most of America's World War Two Air Power Heritage; the R4D-6S Bu.No 50783 was purchased by the Confederate Air Force in 1980, and she is still flying today. 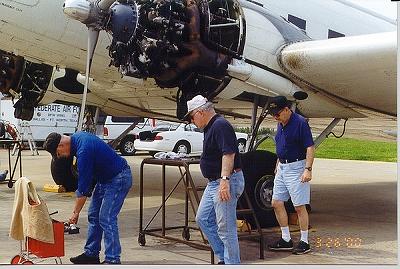 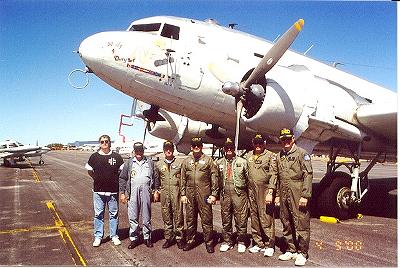 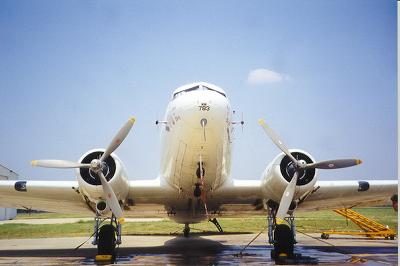 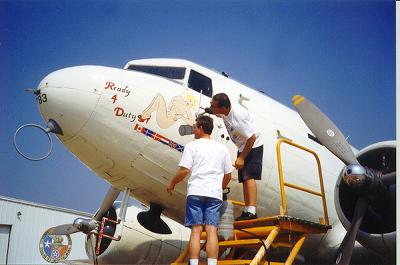 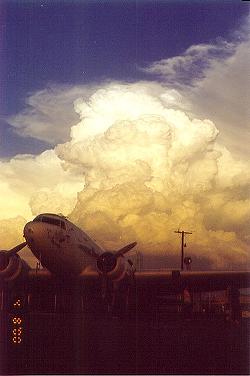 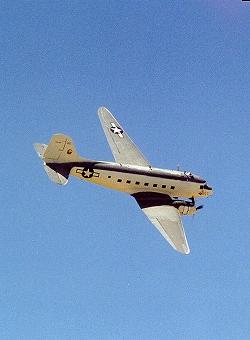 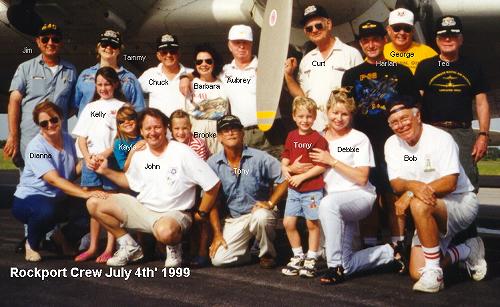 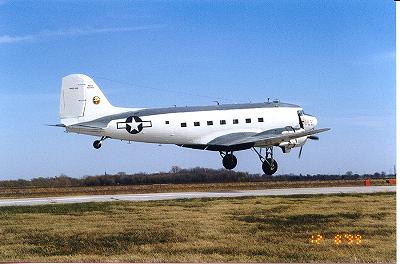 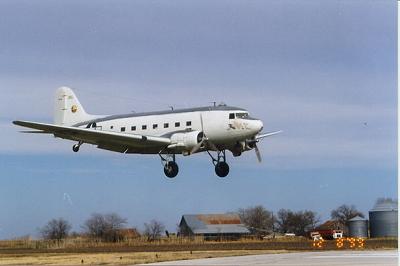 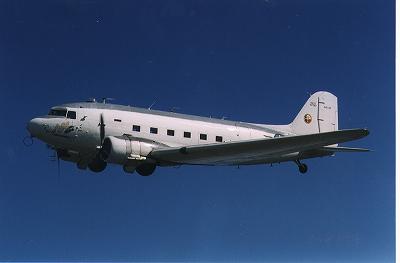 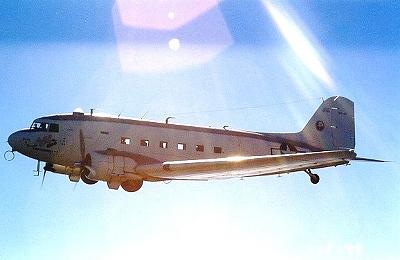 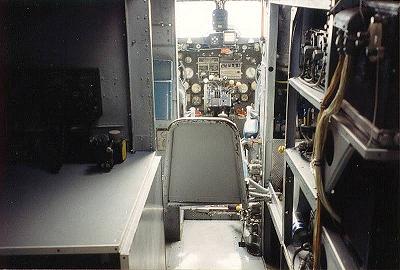 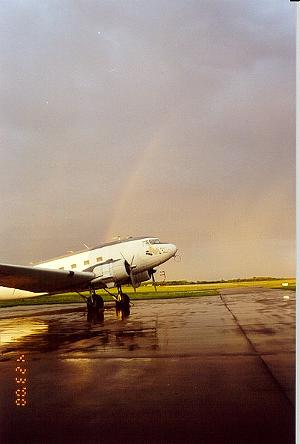 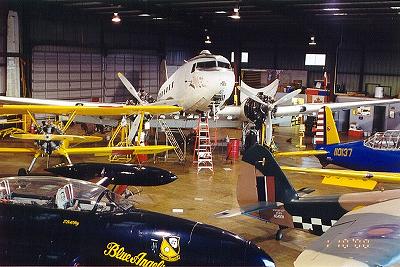 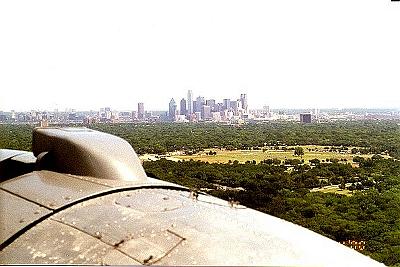 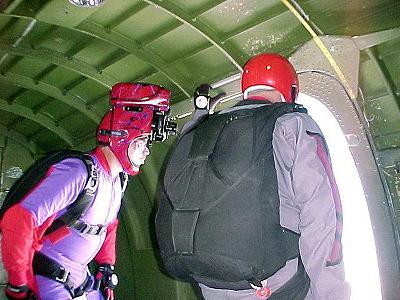 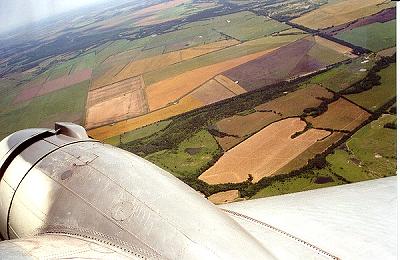 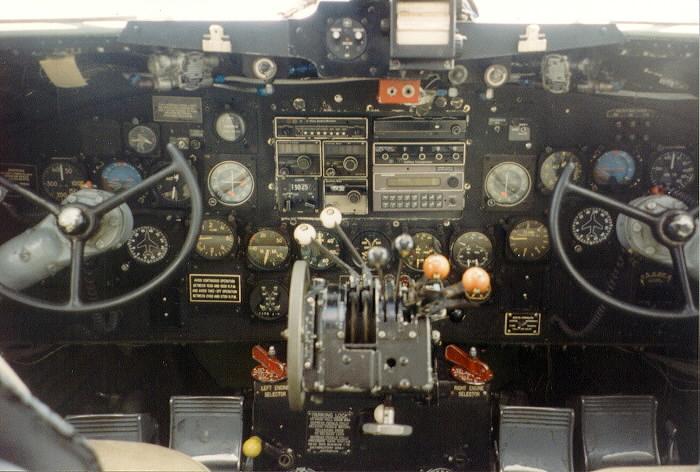